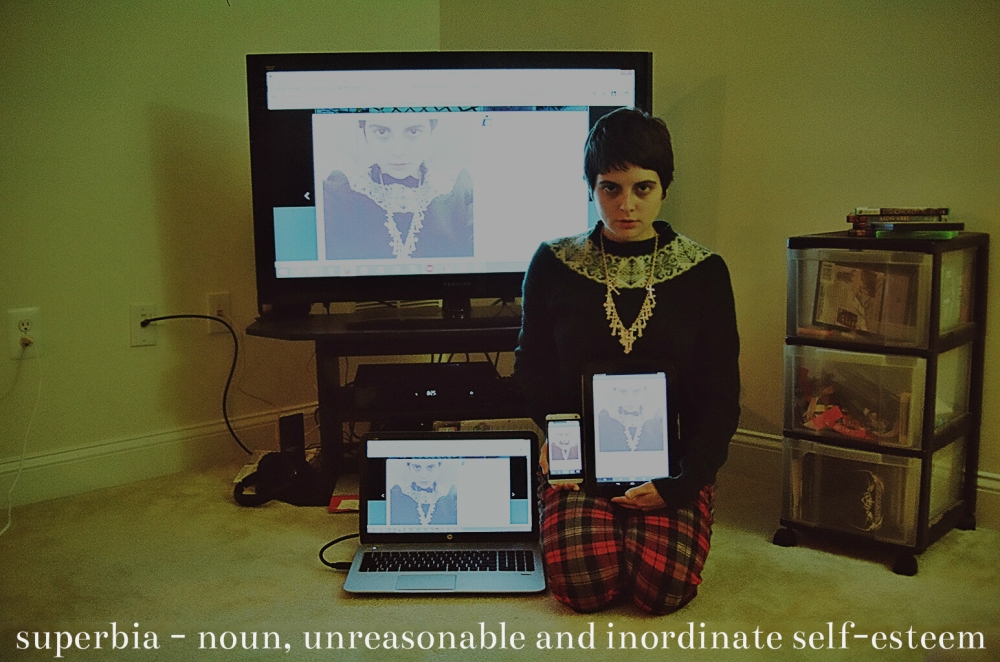 Freud’s clinical material however, showed that narcissism does not function as a perversion, but rather as something complementary to the instinct of self-preservation and its inherent egoism : ‘’ an allocation of the libido such as deserved to be described as narcissism (…) might claim a place in the regular course of human sexual development.’’(Freud, On Narcissism, SE, p.73 )

Let’s all read Freud’s essay before accusing each other of committing deadly sins.

pictures on film by Ion Sterpan and yours truly