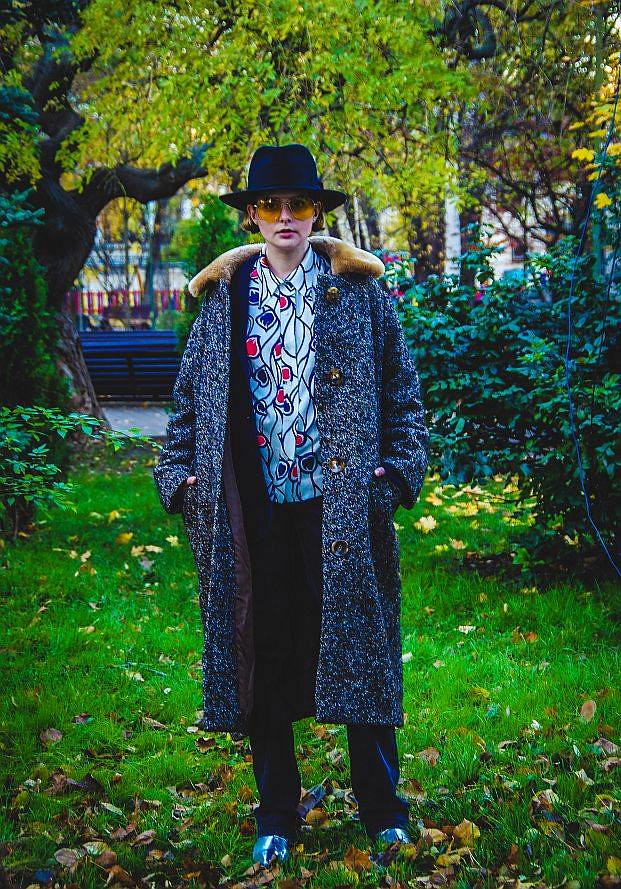 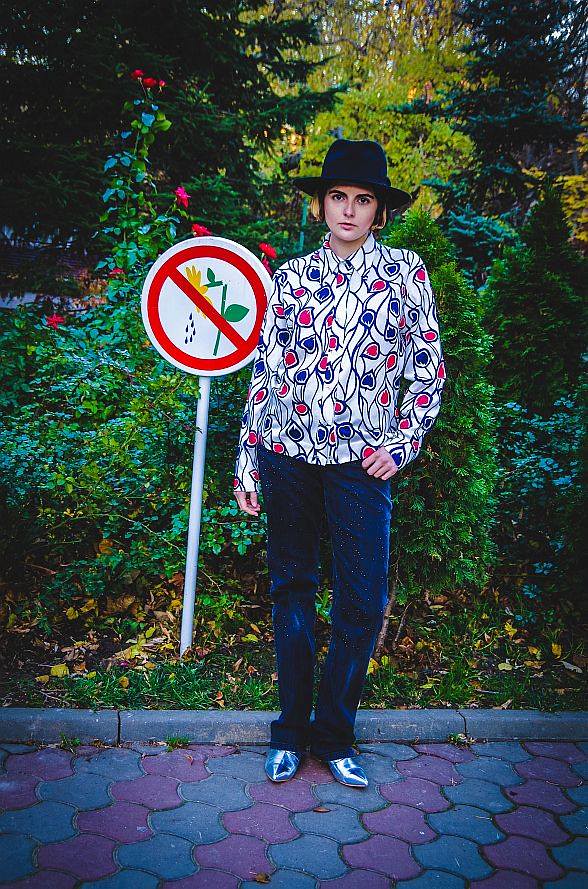 Where could one wear this outfit? As my friend and artist Irina Gache named the first picture “The fashion of characters”, I could not help but wonder if wearing a character is different from  wearing a costume and not being yourself.

First, there is no true, essential self to begin with. People are constantly becoming because of the constant interaction with their environment. Events influence people, not the other way around. Also, others usually take turns in telling you who you really are.

I was always influenced by characters from different films, from underground cinema to Hollywood’s most mainstream and loved movies. However, I don’t want to talk about everything influencing my outfits. It is a long story already told.

No matter what some money hungry fake fashion icon might tell you, it is perfectly legitimate to dress thinking and feeling as a character. It means that you are adding another layer to the inevitably unfinished work of art that was-is-will be you.

Wearing my dramatic fedora hat along with a long coat with a fake fur collar made me instantly enter the world of those Italian mobsters from the U.S. The sunglasses, the 70s inspired shirt, jeans and silver boots completed this scenario.

I firmly consider it to be a great end of autumn/beginning of winter sartorial proposal. It is a controlled mixture of vintage, casual street wear, drama and role play. Walking alone on the streets of Bucharest I felt lucky for living here. Sure, people were noticing me, but that’s not on me.

I was in my comfort zone, they were trying to figure out if they can get out of theirs.

Wear this on a sunny Saturday afternoon while walking with your best friend in the old neighborhoods of Bucharest. Stop to admire the architecture, that special autumn light and the inviting fallen leaves. Stop at a trendy bistro or tearoom, then go for a dinner with Vietnamese food in a less pretentious joint. You’ll be warm enough outside and surely impressive enough when taking the coat off inside. This was my experience, at least.